Church pharmacy is located in Bilston High Street, on the outskirts of Wolverhampton. Formerly run as a ‘Lloyds Pharmacy’, it was purchased by an independent company who operates several sites in the west midlands. For many years they were the only one and within the High street. However, years later a few other pharmacies opened up in the local vicinity which created a little competition and saturated it.

The owners at Church Pharmacy had instructed Signstech to help with new signage, with the aim of attracting the public & increase foot flow.

Having done a site survey, we knew exactly what was required in order to make the pharmacy stand out and once again dominate the area. Having successfully completed the signage, the pharmacy saw an increase in foot flow and regained their position within the market.

We have designed, manufactured and installed signage throughout the exterior of the site.

We have successfully helped the pharmacy increase foot flow through the effective signage installed externally. 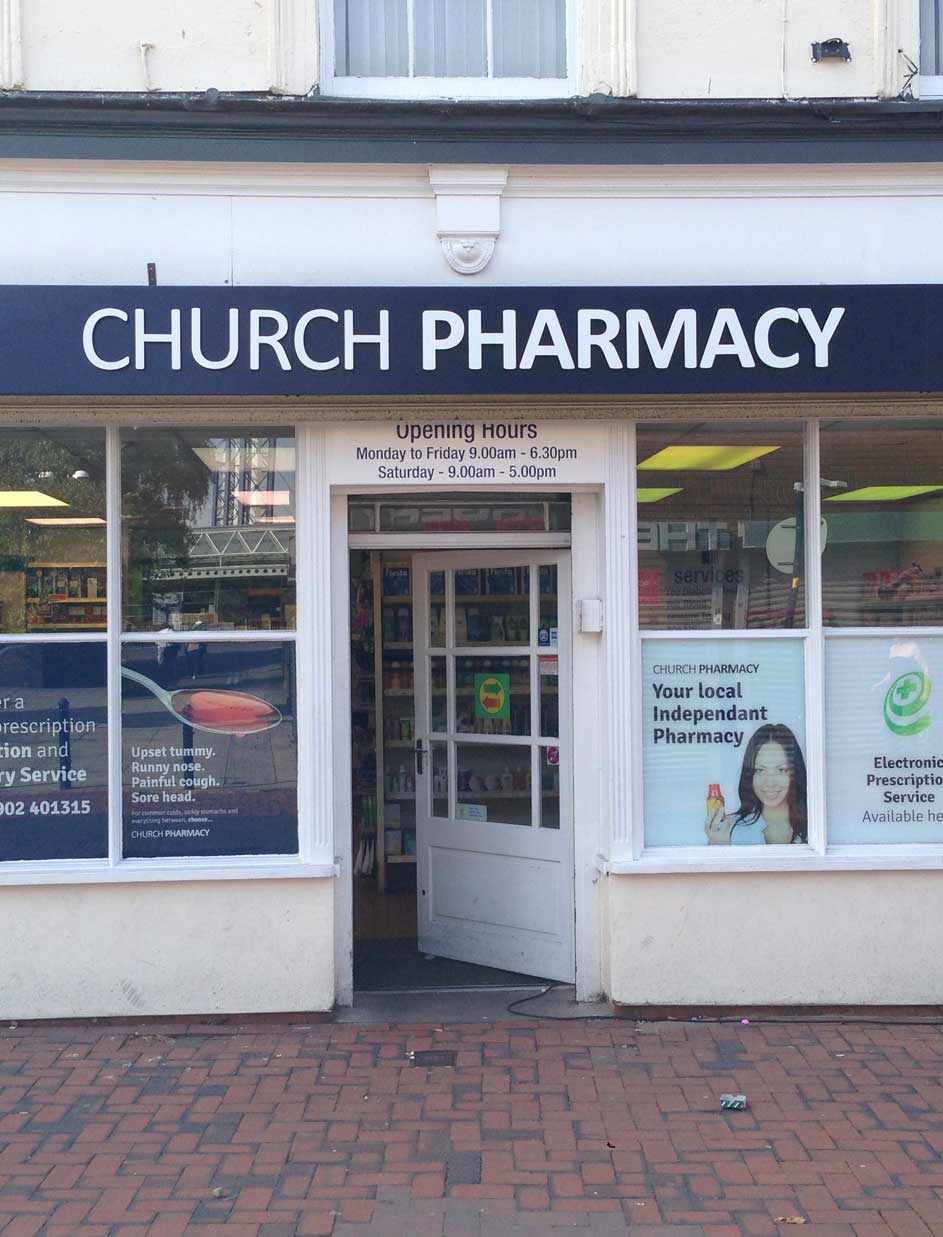 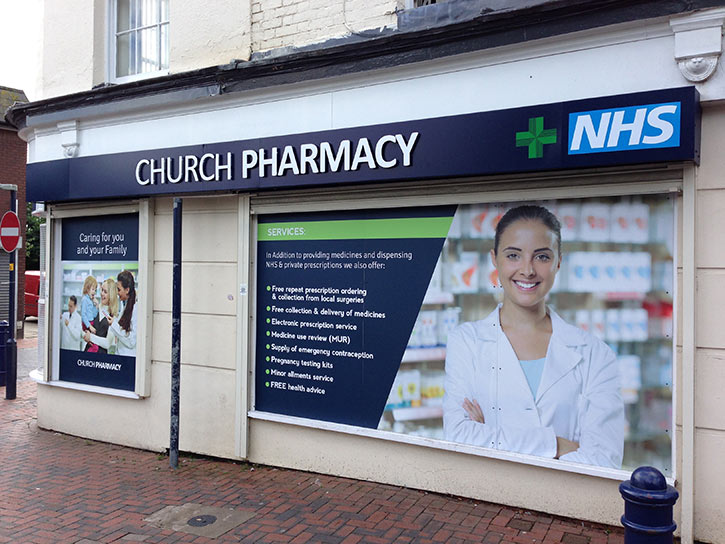 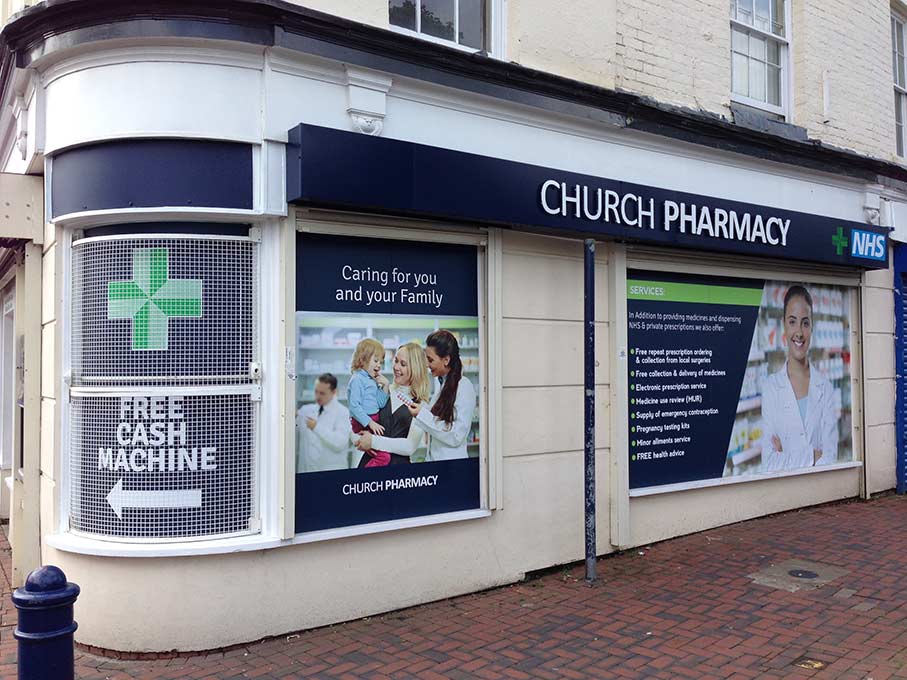 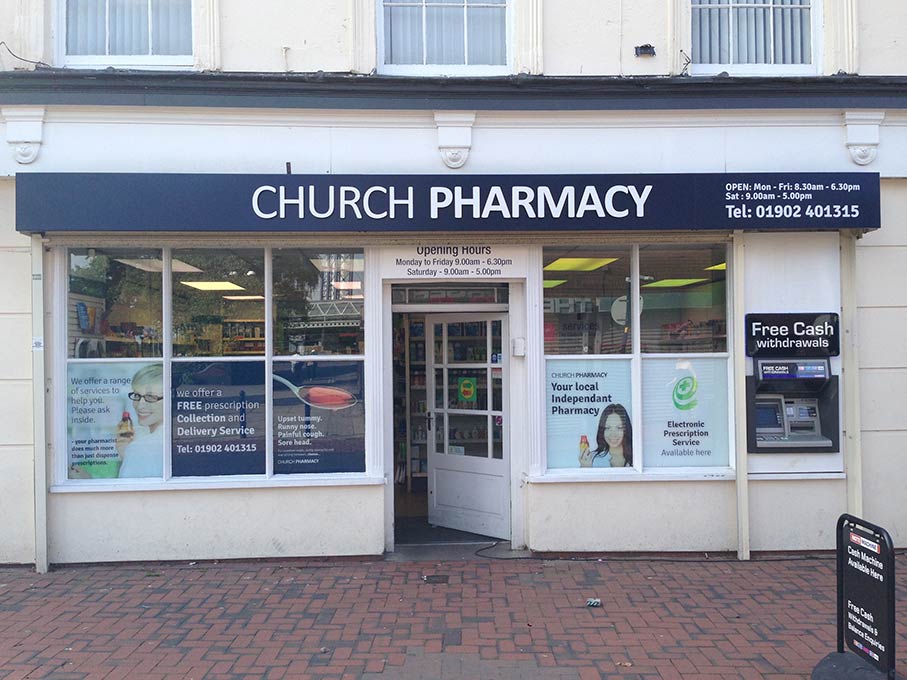 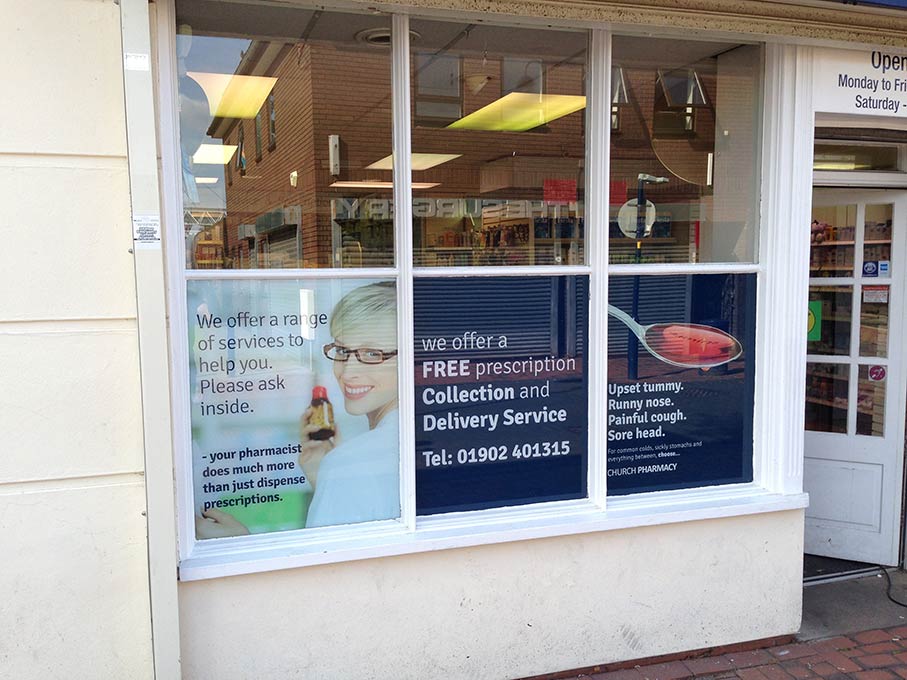 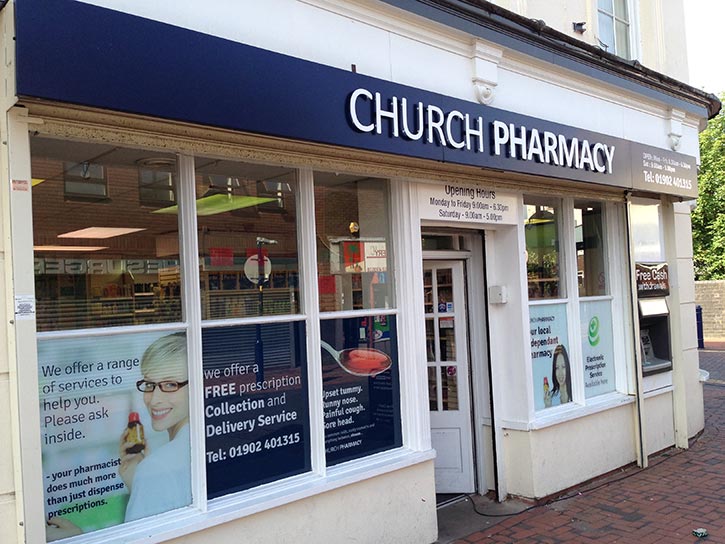 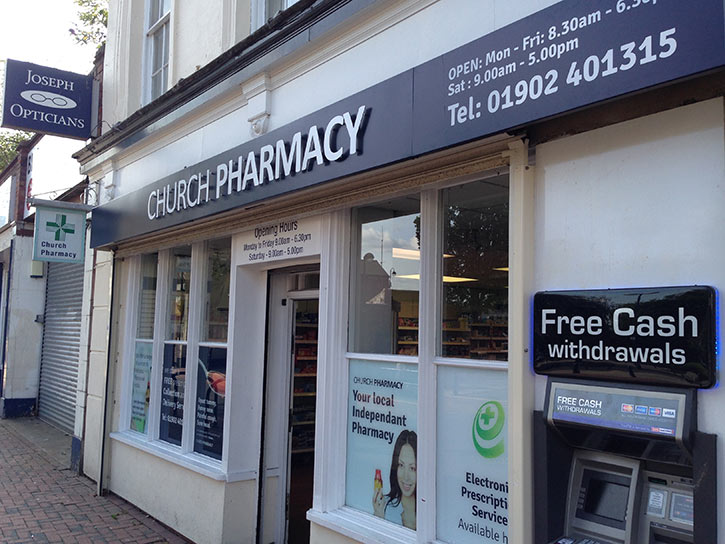